Service learning gives students the chance to see beyond themselves and their close-knit families and groups of friends to see the larger world of which they are a part. Community service experience also serves to reinforce what is learned in the classroom.

But service isn’t a requirement. It’s an expectation. And our students never fail to meet that expectation. Whether it’s organizing a blood drive and then lining up to donate, or traveling over spring break to build houses with Habitat for Humanity, our students treat their community service commitments with the same determination and professionalism that they treat their studies.

And just as the rewards reaped from diligent study and high academic performance are many, so are those reaped from helping others. Perhaps even greater, if you ask our students.

As part of a service learning project, Junior Kindergarten Hornets partnered with Upper School students to bake homemade dog treats that will be donated to One Love Animal Rescue. These goodies are sure to make for some happy pups!

Congratulations to Upper School Hornets Hayden Anderson ’24, John Avino ’24, William Whitfield ’24, Banks Bradley ’23, Gracie Daters ’23 and Edie Levit ’24, who have been working hard over the last several weeks to raise money for the Leukemia and Lymphoma Society as part of the Students of the Year Campaign. Out of 11 teams, comprised of 28 students from seven different schools, Team Swarming Cancer, (Hayden, John, and William), earned the title of Students of the Year by raising $164,615. The Runner Up was Team In It To End It (Banks, Gracie, and Edie), who raised $124,462. Together, these students raised approximately 56% of the total funds raised for the campaign ($515,787).

In addition, Citizenship Awards were presented to those candidates who incorporated the LLS mission into their campaign and went above and beyond to engage their community. The Community Involvement Award was presented to Team In It To End It. The Mission Integration Award was earned by Team Swarming Cancer. Students of the Year Team Member of the Year went to Edie Levit.

A huge congratulations to these Hornets for their hard work on such a worthy cause!

The recent Horizons Book Club meeting was an afternoon full of activities—an educational construction tour of the new STEM building, a story about building things together, and a collaborative tower-building activity. Thank you to Upper School students Maya King '23 and Phil-Isabelle Ajayi '23 for volunteering!

The Book Club is a great way for Country Day students to continue to engage with Horizons students throughout the school year.

Congratulations to the Interact Service Club student members on their recognition during the fall. Rotary Club officers and SCDS alumni parents Capt. Lux Lakshman and Marjorie Young were on hand to applaud the service efforts accomplished in the club's inaugural year, including clothing drives, food drives, and campus beautification. The Interact Club is one of a multitude of service offerings in Country Day's Upper School. 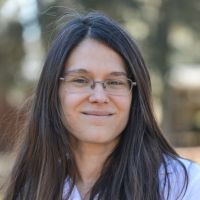